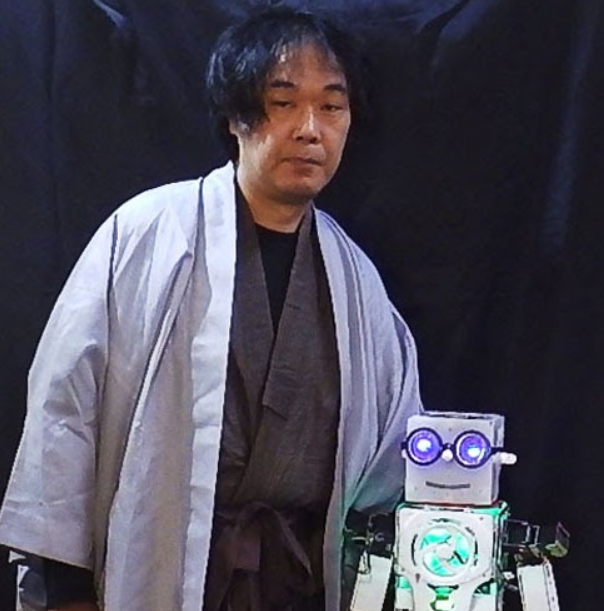 The robot band consists of five humanoid robots. Four of them play electronic drums, two metallophones, and a set of bells. (The unique drum set is made of acrylic.) One of them is a singer with voice synthesis.

They look similar but different from each other and there is only one in the world. I made their frames with CNC and 3D printers. The servo motors and a controller are by Japanese maker KONDO-KAGAKU corp. Dedicated software which synchronizes the robots are also developed The acrylic electronic drums played by a robot is also original production. Hi-hat, cymbal, snare drum, and bass drum are beautifully designed. Every drum sends a signal to the sound generator when it is hit. All robots are connected to one laptop computer.

A standard MIDI file is loaded into the dedicated software. A standard MIDI file can be made by normal musical sequence software. One of the MIDI channels is assigned to each robot. For example, data of channel 1 is sent to robot A, and data of channel 2 is sent to robot B. When data is played back, commands for controlling the servomotors from dedicated software are sent to each robot through a serial cable. The audio signals of the song are also sent to a voice synthesis device. (The voice synthesis is a commercial product by KORG. It generates VOCALOID Hatune-Miku voice.) For the singer robot, commands to take the pose are sent instead of voice data. 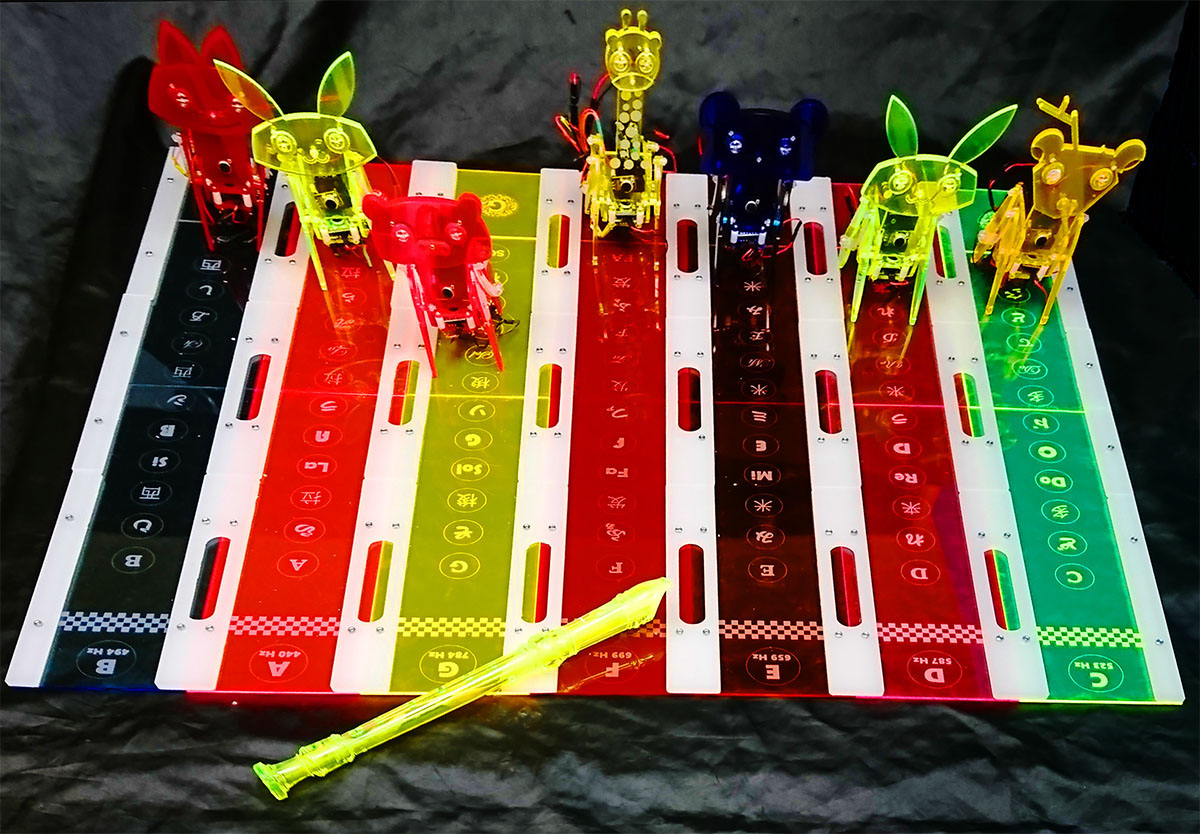 Music Derby is a game in which the sound of music runs seven robots. The player predicts which robot will go the farthest when a tune is over. A single pitch is assigned to each of the robots that imitate animals such as deer, rabbits, and mice. 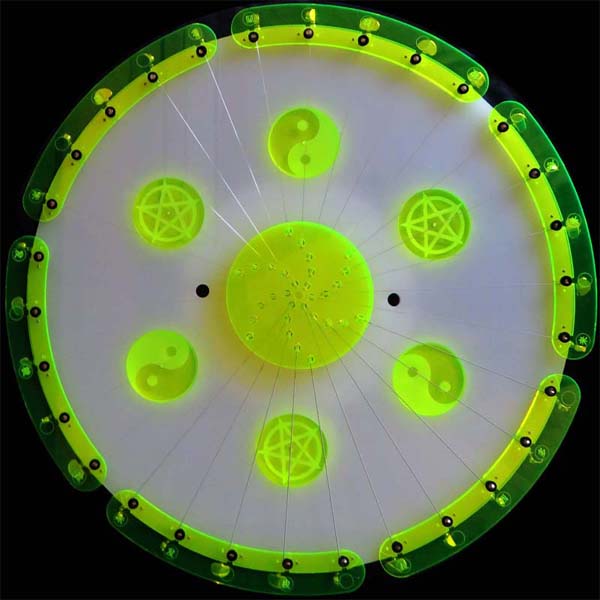 Celestial harp is a musical instrument with strings on a disk. By placing a sheet on the disk that shows the order of the melody, people who cannot read the musical score can play a tune. The sheet is called a constellation score and the instrument is called “celestial harp”. 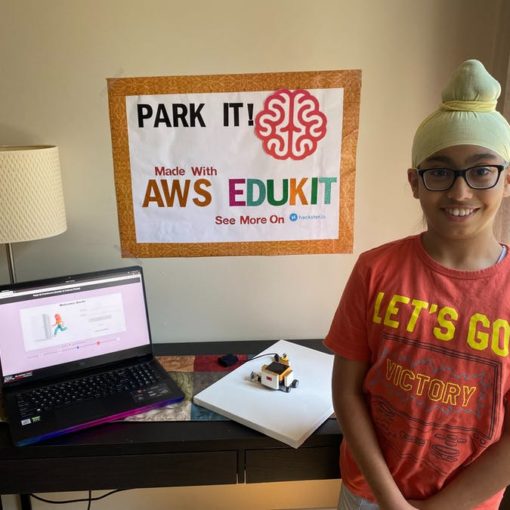 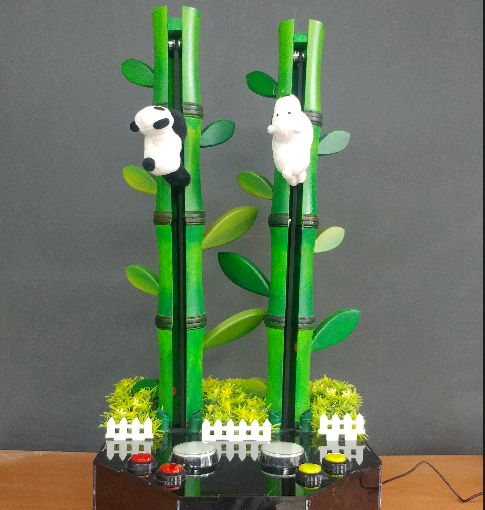