Maker: His name is Nick and his project is ” Ocean Escape”

They are going to produce hardware by modeling and outputting the world custom items (gun, missile, etc.) of Unity game that he make by 3d modeling. 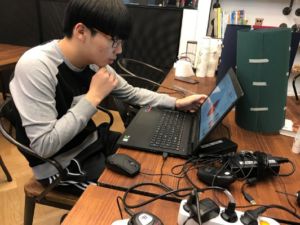 Play Guide
If you press ‘World Tour’ button, it randomly chooses the map and moves to the map. At the map, you can kill the enemies until your character is alive by a joystick. You get the point according to the number of enemies you killed(1 killed = 100point). This point will help you can buy your own whale’s ornament or new high-quality weapons or buy new your own whales in the store(not now, but I will update soon).

Storyline
In A.D. 2100, whales that could not withstand human brutality decided to conquer the Earth.(For more information, please find out more in the story window.)

Final Story
In the year 2100, environmental pollution by humans became increasingly severe, and it became impossible for marine creatures except in the aquarium to survive. Eventually, the marine creatures decide to conquer the land to survive and send an alpha team, but they are annihilated by the overwhelming technique and strategy of humans. For 10 years, they have been fighting for their survival. They are losing the war and almost all marine lives are threatened to be extinct. However, there are few who survived and able to keep the spirit of overwhelming human. On the other hand, human neglected the few survived marine creatures and UN peace treaty wanted to make the world without war and deposed all their weapons. It is the marine organism’s chance. They retrieved some of human’s deposed weapons and started to attack for their survival….again….

Pre-Story_ver1
Global Conquest: oceans are contaminated and ocean organism s came out to conquer the earth.
The story that ocean organisms make weapons and fight.

Pre-Story_ver2
Storyline AC 2100, pollution by a human is getting more and more, the ocean is no more a place to live in. Finally, sea organisms decided to conquer the shore.

Pre-Story_ver3
they send an advance team only to be killed by the tremendous power of humankind. 10 years later ocean becomes more devastated and almost all sea species are extinct. a human doesn’t care about a few remained species and abandon all weapons because of UN agreement called “making world weaponless agreement”. a few remainders observe the outside world and find a way to win humankind. but oceans were too much polluted and remainders are also Suffocated. time goes by …. . one day a whale shark escape from the aquarium and find the weapons and bring it to aquarium misunderstanding weapons as food. he figures out that the things he brought were not food but weapons.  as Being tired at living in an aquarium, he planned to conquer the world and escape from the aquarium. 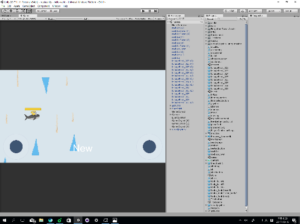 This game is made in Unity engine. In the game, there is one whale, that you have to control to a virtual joystick. In the store, you can buy what you want to use point. You can get point in the game.

About Booth
In booth. It provides the best environment for playing the Ocean Escape. 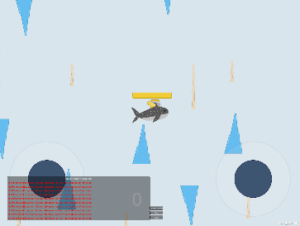 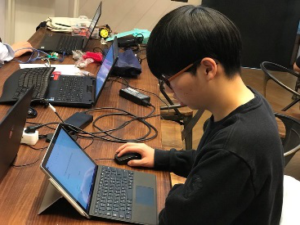 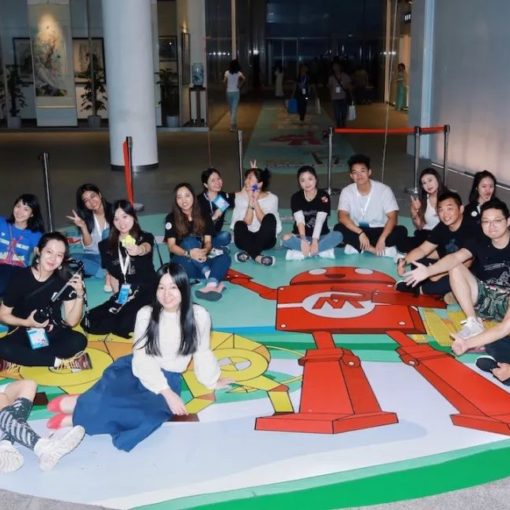 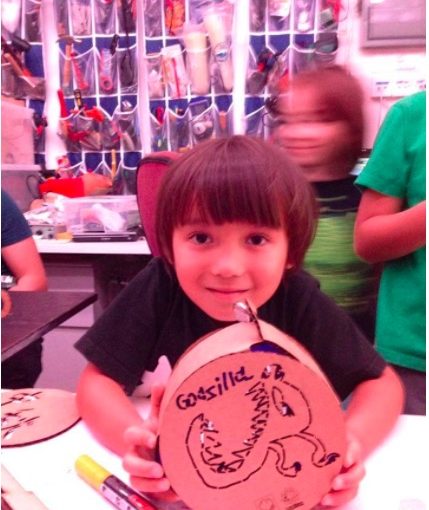 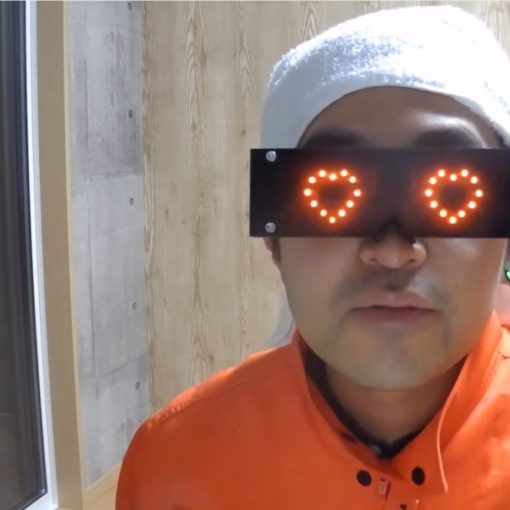