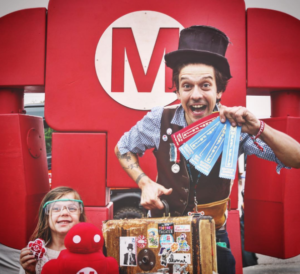 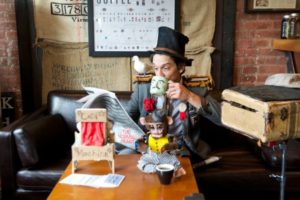 （Below are reprinted from HUFFINTON POST and Make Magazine）

For small business owners, turning your passion into profit always comes with risk. But when that passion is something as unique as magic, you better hope you have one heck of a trick up your sleeve.

Mario and Katie Marchese, the husband and wife team behind Nyack, N.Y.-based Mario the Magician, appear to have beaten the odds after giving up everything to go into the magic business, basing an act almost entirely on recycled and homemade props and equipment. To make it work, Mario’s played venues ranging from Lincoln Center to neighbor’s living rooms, authored a book for kids about card tricks, as well as regularly taught after-school magic programs.

“Our purpose is to bring joy to kids and inspire kids to create — without going to a store to buy things,” Mario told HuffPost.

But reaching that level of success wasn’t easy. Seven years ago Mario and Katie decided to go into magic full-time when they discovered that Mario was making more money moonlighting as a magician on the weekends than he was as a full-time special education aide even though the agency who booked his gigs took around a 75 percent cut.

“It kinda hurt, you know?” said Katie, who was working an administrative job that she “hated” at the time. She suggested they start their own business and it wasn’t long before she found herself up till 3:00 a.m. desperately trying to book enough gigs to make ends meet.

Now the duo, along with filmmaker Kal, are working on their next trick: a full-length documentary. Based on a short film they originally produced to promote the business, the independent documentary will tell the tale of Mario the Magician’s years spent hitchhiking the U.S. before returning to New York to start a family and a business as “a wandering traveler turned full-time maker magician.” The project just met its $35,000 goal on Kickstarter.

While there’s plenty of competition in the New York City area where their business is based, Mario and Katie were able to set themselves apart, not only because they were a husband and wife team, but also thanks to skills Mario learned during his late teens and early twenties traveling the U.S. Living out of just a backpack for years, he now confines his act to the creations he can fit in a suitcase and a side bag. From a robotic monkey sideshow to spinning lapel flowers, Mario builds it all himself, a skill honed on the road that not only has gained him recognition in America’s maker movement but also factors into the business’s philosophy itself.

The film, Mario says, is a way for them to keep building on what they’ve already created.

“That’s why this movie is so important to us. We’ve survived and we’ve made it into a business that can provide for our family. But now what’s next?” Mario said. “We needed inspiration. And the outpouring on Kickstarter was kind of like this big omen for us, maybe this is what’s next.”

video series about Mario, Katie, and the kids: https://www.youtube.com/watch?v=d-OpKmfgbXs&list=PLuVNSmYhDF2z0k_r-HjzzRovFdKJnixB4

One more story about Mario

How’d you get started making? A love for automata and magic mechanisms of yore sparked my first desires to make, back before I even knew how to solder an LED to a switch. My first iterations of making were wood carving, sewing, and beginning to create (non-electronic) props for my magic show. It wasn’t until I got my hands on an issue of Make: magazine in 2005 or 2006 that I learned about the Arduino, and the course of my learning was forever changed. I spent two years refining my understanding of how to program motors to move. First experiments in creating non-magic-related drawing machines eventually led to fully adapting robotics into my magic show.

What type of maker would you classify yourself as? A “Maker Magician!” My show these days resides fully in the spirit of the Maker Movement, with props made from pizza boxes, tape, 3D printed elements, and Arduino driven robotics. My first big feat was the creation of Marcel the Mechanical Monkey, the first ever autonomous, magic assisting, robotic monkey. I travel the country with my family showcasing Marcel and the rest of my menagerie of robotic props in my live show. There’s Mr. Lamp the lovable robotic lamp, a booty-shaking Card Machine, Mr. Clock the misbehaving time-teller, an interactive suitcase machine, and so much more. I feel so fortunate to have been able to combine my love for making with my career. I live it, and it defines my life. I feel that one of my greatest purposes in life is to show kids that when you buy something, people can take it away from you. But when you learn to MAKE something, no one can ever take that away.

What’s your favorite thing you’ve made? A few years ago I challenged myself to restore and build a 1967 Bradley GT kit car. It’s built on the chassis of a 1967 VW beetle. The body is made of fiberglass, and the doors open like a DeLorean! It’s a powerful symbol for me. I knew nothing about cars when I started this project, and by the time it was completed, I felt a whole new confidence in myself.

Learning about that VW engine led me to another big project, the restoration of our 1971 VW bus, the #littlebluebus. This summer, we packed up the show and our two little kids and took the bus on tour from New York to North Carolina to Tennessee. The #littlebluebus has become our family magic bus, an extension of our dedication to making… to magic… to adventure. And we are documenting these adventures in a series of short videos on YouTube… about family, travel, magic, the Maker Movement, Maker Faires, etc. (#MyMagicFamily on my YouTube channel.) The video below is from that series, and concentrates on what Maker Faire means to me:

What’s something you’d like to make next? I’ve challenged myself this year to build three new robotic machines that do magic with me on stage. Aside from that, I want to continue to learn how to manipulate simple objects like my hat and tie in a funnier, more magical way. And I want to learn to moonwalk like Michael Jackson.

Any advice for people reading this? Never stop learning! Don’t be afraid to dive into projects, no matter how impossible they may seem. It’s amazing how much you can learn if you spend just 20 minutes a day on a specific goal. I think back to when I learned how to balance a spoon on my nose. It’s ridiculously hard to do! But I spent 20 minutes a day for three weeks, starting with a broom stick and slowly substituting shorter and shorter objects until I finally got down to that spoon. Keep on doing. A mountain is climbed one step at a time. 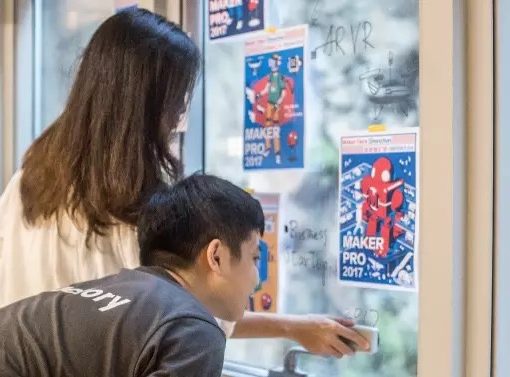 A peek into the new design of MFSZ2017 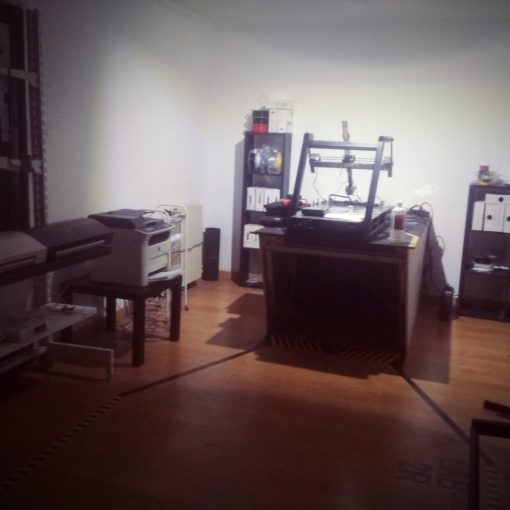