Maker:  His name is Ray Kim. He is 14 years old and comes from South Korea. He became interested in the Makerfaire because it was new for him. He wanted to use what he has learned before and apply them. He chose Bluetooth module and Neo pixel because these were the most interesting things in his maker experiences. By the way, he thought using only lightening could be boring, so he added beep speaker.

By utilizing a Bluetooth function of a smartphone, express your mood accordingly: change light, change music and etc. The device will apply mood by using neo-pixel for light and piezo effect for music. Bluetooth Music Mood light’s shape is cylinder and it has overstory-understory. Two holes are the path of parts and wire, for easy modification. In upper side, put Neo pixels around on inner wall two times. The framework is white and thin, so it can be seen subtle light. Also, it has enough interior space for inner parts such as speaker, board, wire. This will allow the buttons of device to communicate data through bluetooth module. By pressing the appropriate button, it will set the color and music and display of color and patterns will be decided by BPM. 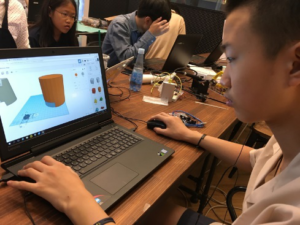 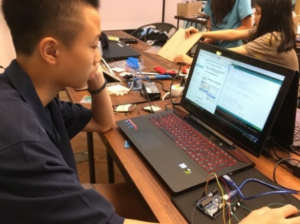 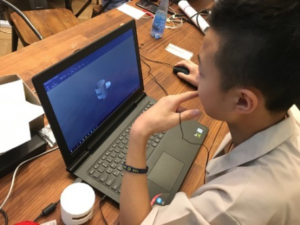 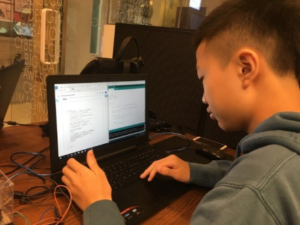 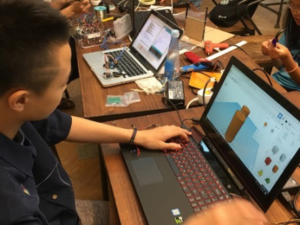 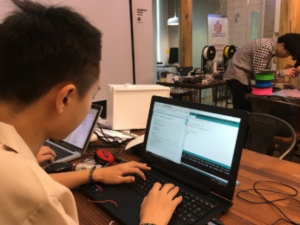 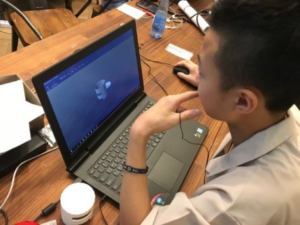 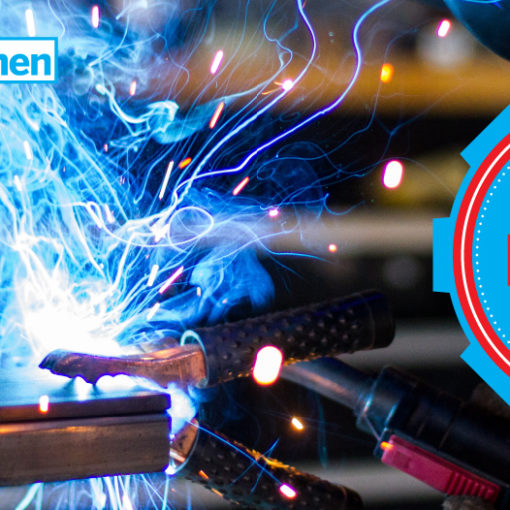 Dear Makers,
Maker Faire Shenzhen 2018 is now calling for makers!
Welcome to join us at this year’s MFSZ in Nanshan District, Shenzhen China in October! 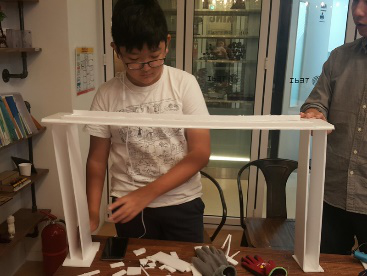 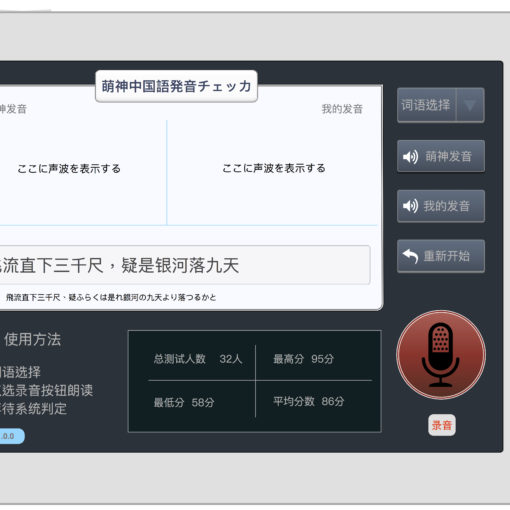